The Lie at the Heart of Economics 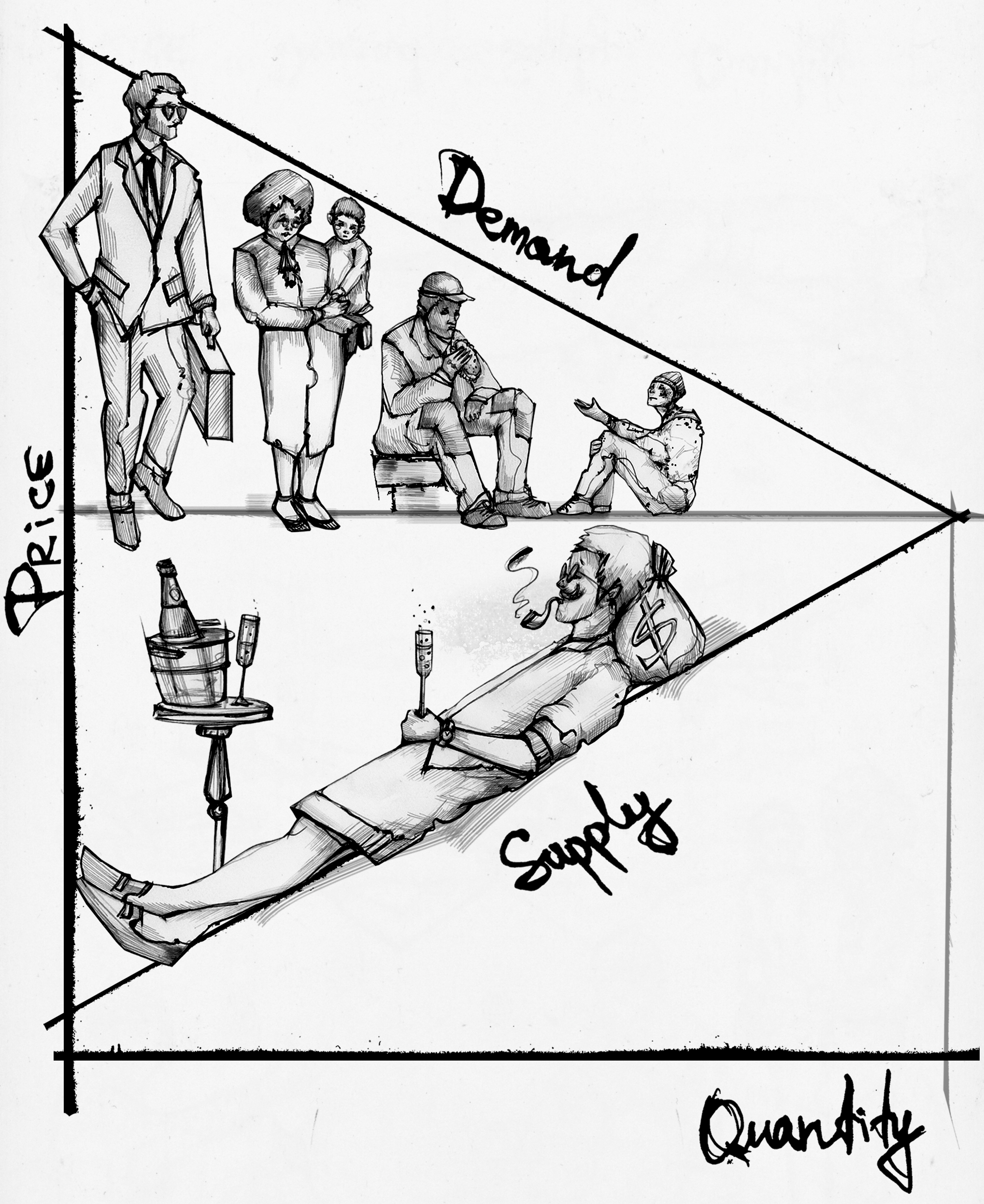 Many people are worried about money in politics in the form of bribes and campaign donations, but what would you say if I told you that the very principles of economics require that economists privilege the preferences of the rich over the preferences of the poor, without anyone ever needing to pay a single dime? The basic assumptions of economics imply that people with more money have more ability to feel benefit and bear cost, and those with nothing don’t deserve to be counted. It is exactly these assumptions that we challenge in our new book, Are All Lives Equal? Why Cost-Benefit Analysis Values Rich Lives More And How Philosophy Can Fix It. If you want to learn more about the ideas presented here, consider buying the book.

Imagine that you are standing in line at a polling station to cast your vote. However, this year, it seems the poll workers are doing something different. Each person who walks away from the registration table has a different number of ballots. Most people have one or two, but some have three or four. One man in a suit walks away with a large stack of at least 20! A woman is turned away without a single ballot.

When you get to the registration table, the poll worker explains that economists have taken over the government, and in order to fully understand the depth of your preferences they need to understand how much money you have. If you don’t have any money, you can’t be willing to pay anything for a candidate’s proposals, so your vote doesn’t count. But if you have lots of money, you can feel the impacts of a policy more, you can be willing to pay more for them, your preferences matter more, so you are given more ballots.

They look up your IRS statement, give you two ballots and send you on your way. You wonder at the immorality of it all: Why should people with more money get more say in what the government does? Surely economists would realize how problematic such a system is. It is corruption, where you don’t even need to pay the bribes! As counterintuitive as this world seems it is the world we already live in when it comes to an economic tool called cost-benefit analysis and its use of willingness to pay as a measure of benefit.

To understand how we got here, we need to understand an economic tool called Cost-Benefit Analysis (or Benefit-Cost Analysis, CBA, or BCA). From a philosophical standpoint a CBA is a method for implementing a consequentialist calculus in the real world to help governments determine the policies that will be the most beneficial for their populations. Simply stated, it adds of all of the good, or benefit from a policy, subtracts all of the harms of that policy, then recommends the policies that lead to the greatest net benefit.

To understand this, you might imagine that everyone has a certain level of happiness, say on a scale of 1-10 that a particular policy can make them feel. Consequntialism would ask us to survey everyone to see how happy or sad a given policy would make them on a scale of 1-10, add the happiness up, subtract the sadness and adopt the policy that creates the most happiness.

While this might seem like an intuitive means of measuring benefits and costs, there is one key problem. Willingness to pay is constrained by ability to pay. If you are completely broke and don’t have $10 to pay for a swimming pool, you can’t be willing to pay it. While this is a minor concern for luxuries like swimming pools, it becomes a much bigger for necessities like clean water, safe shelter, healthcare or other services that reduce the risk of death. This is because most people would pay anything they can pay to avoid a risk of death, and therefore your willingness to pay for these essentials is going to be determined not by your income and not your actual preferences.

This concern is buried deep in the basic assumptions of economics. As you can see from the classical economics supply and demand curve below, your surplus is measured by the difference between your willingness to pay for a good and the price you actually pay. This means that those with more ability to pay end up on the left-hand side of this graph with their benefits and therefore preferences being counted for more. On the other end of the graph, those who are barely able to pay more than the price, are considered as having next to no benefit from a good, even if they are the ones that need that essential the most, meaning their preferences are ignored.

So if a government is considering who should get a product, CBA says they should provide the product to the rich, because the rich receive more benefit from that good (there’s more distance between the price and what they are willing to pay), even if they are not actually paying more. Their views count for extra simply because they have more money and are willing to spend it. And this does not even mention the valuation of producer surplus below the price line. Check out the book for a full explanation of this argument.

How Philosophy Can Fix It

However, unlike many philosophers I am not going to tell you that we should burn down the economics department and never do a cost benefit analysis again. Rather, I make the case for a minor reform to the way we measure benefit that would make the system more just and more accurate. The book looks particularly at the valuation of statistical lives, as the problems with these assumptions are particularly egregious when it comes to cross-country mortality risk valuations (i.e. the value of a statistical life). As someone with both a background in philosophy and years of experience working in international development policy I bring a unique perspective that can connect both disciplines. If you are interested in understanding how philosophy can help reform economics to stop assuming that rich people have a greater ability to feel pleasure and pain, and that we should give their preferences greater weight.

carneadesofcyrene No Comment
We just published a new book!
Learn more
This is default text for notification bar
Learn more